Several new books by members of the MUSTS programme have been published in 2016: 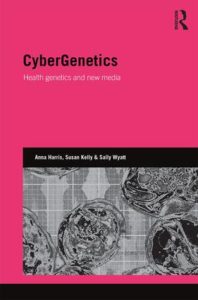 Online genetic testing services are increasingly being offered to consumers who are becoming exposed to, and knowledgeable about, new kinds of genetic technologies, as the launch of a 23andme genetic testing product in the UK testifies. Genetic research breakthroughs, cheek swabbing forensic pathologists and celebrities discovering their ancestral roots are littered throughout the North American, European and Australasian media landscapes. Genetic testing is now capturing the attention, and imagination, of hundreds of thousands of people who can not only buy genetic tests online, but can also go online to find relatives, share their results with strangers, sign up for personal DNA-based musical scores, and take part in research. This book critically examines this market of direct-to-consumer (DTC) genetic testing from a social science perspective, asking, what happens when genetics goes online?

With a focus on genetic testing for disease, the book is about the new social arrangements which emerge when a traditionally clinical practice (genetic testing) is taken into new spaces (the internet). It examines the intersections of new genetics and new media by drawing from three different fields: internet studies; the sociology of health; and science and technology studies.

While there has been a surge of research activity concerning DTC genetic testing, particularly in sociology, ethics and law, this is the first scholarly monograph on the topic, and the first book which brings together the social study of genetics and the social study of digital technologies. This book thus not only offers a new overview of this field, but also offers a unique contribution by attending to the digital, and by drawing upon empirical examples from our own research of DTC genetic testing websites (using online methods) and in-depth interviews in the United Kingdom with people using healthcare services. 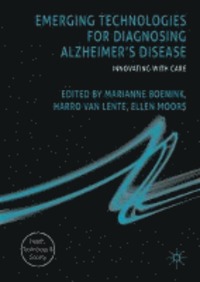 This book explores international biomedical research and development on the early diagnosis of Alzheimer’s disease. It offers timely, multidisciplinary reflections on the social and ethical issues raised by promises of early diagnostics and asks under which conditions emerging diagnostic technologies can be considered a responsible innovation.

The initial chapters in this edited volume provide an overview and a critical discussion of recent developments in biomedical research on Alzheimer’s disease. Subsequent contributions explore the values at stake in current practices of dealing with Alzheimer’s disease and dementia, both within and outside the biomedical domain. Novel diagnostic technologies for Alzheimer’s disease emerge in a complex and shifting field, full of controversies. Innovating with care requires a precise mapping of how concepts, values and responsibilities are filled in through the confrontation of practices. In doing so, the volume offers a practice-based approach of responsible innovation that is also applicable to other fields of innovation. 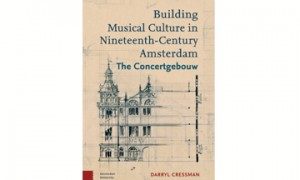 When people attend classical music concerts today, they sit and listen in silence, offering no audible reactions to what they’re hearing. We think of that as normal-but, as Darryl Cressman shows in this book, it’s the product of a long history of interrelationships between music, social norms, and technology. Using the example of Amsterdam’s Concertgebouw in the nineteenth century, Cressman shows how its design was in part intended to help discipline and educate concert audiences to listen attentively – and analysis of its creation and use offers rich insights into sound studies, media history, science and technology studies, classical music, and much more.