The ‘Union Académique Internationale’: a laboratory of scientific diplomacy during the interwar period 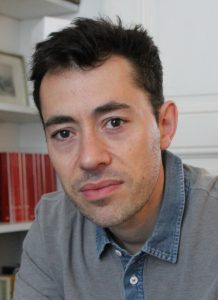 Created in 1919 as a means to restore international scientific cooperation after the First World War, the Union Académique Internationale (UAI) acted as a counterpart for the humanities and the social sciences of the International Research Council (IRC), which had been solely designed for the advancement of natural and exact sciences. In sharp contrast to the history of the IRC, which has been covered extensively, the UAI remains a relatively unknown body (though it is about to celebrate its 100th anniversary with great pomp).

Set up under the impulse of French archaeologists Théophile Homolle (French School of Athens, Collège de France) and Edmond Pottier (Louvre Museum), the UAI managed to attract the membership of 11 countries, the bulk of them being part of the Allied powers. The newly-launched institution adopted an internationalist claim that differed from the IRC in two respects. First, due to the nature of the fields involved, it conveyed a strong colonial outlook. This was materialized by the selection of three overarching projects, whence scholarly dimension intertwined with the civilizing “values” of member-nations: the Corpus Vasorum Antiquorum, the Alchemical Manuscripts, and the publication of the Works of Hugo Grotius (the latter project is an interesting case in point as it was a concession to the Dutch partners, who were reluctant to chip in the enterprise). The second key feature of the UAI’s internationalist modus operandi concerns its specific attitude toward German scholars and members from the Central powers. Contrary to the statues of the IRC, the by-laws of the UAI never explicitly banned the adhesion of Germans. On the other hand, French and Belgian hardliners were able to impose French as the institution’s only working language. This, needless to say, undermined the internationalist assertion of the UAI and provoked its transformation of an arena for scientific diplomacy.

Kenneth Bertrams is professor at the Université libre de Bruxelles (ULB). In early 2019 he has been appointed extraordinary professor at Maastricht University-FASoS through an endowed chair by the Stichting Historie der Techniek (SHT). He teaches modern economic history and social history of science and technology. He took part in a research project on the history of the Solvay Company with Nicolas Coupain and Ernst Homburg (1863-2013) which gave way to two books (Cambridge UP, 2013). He has recently completed a business history of the pharmaceutical group UCB (Lannoo 2018) and of the multinational brewer AB-InBev (Oxford UP, forthcoming December 2019). His other research interests include the international circulation of philanthropic models and the political history of scientists during and after World War I.